Now we understand that a bobs-only (pbpbpb) 60 of Grandsire Doubles contains all the in-course rows and none of the out-of -course rows, producing an extent is simple: we introduce a single change at the very last row of the 60 to stop it coming round.  To achieve this, we simply make the bells in seconds and thirds lie still.  This puts the bells out of course, bringing up the change 13245. From that point, we repeat the 60, but with 2 and 3 swapped over. 60 changes later, a second single brings the bells round. We have a true 120.

This new call is appropriately called a single. A single in Grandsire is identical to a bob except that the bells in 2nds and 3rds lie still as the treble leads. There are two sets of thirds made at a bob; a single joins them together so that the bell making 3rds stays there for a full four blows. You can see all of this on the diagram at the end of this post, which shows the extent that I have just described.

Soon, I’ll explain how to ring a working bell to Grandsire Doubles, firstly a plain course, and then touches. For the time being, don’t worry about any of that. Instead, keep on trebling, and make sure that you understand

Many people ring Grandsire Doubles without understanding any of this, but those same people are likely to make repeated mistakes because they don’t fully understand what they are doing and why. A good understanding of how methods work is a very big help when you ring them. It’s like going for a walk with a map. You’re much more likely to stay safely on the correct path if you can interpret the map accurately than if you just set off blindly, with only a vague idea of where you’re heading. 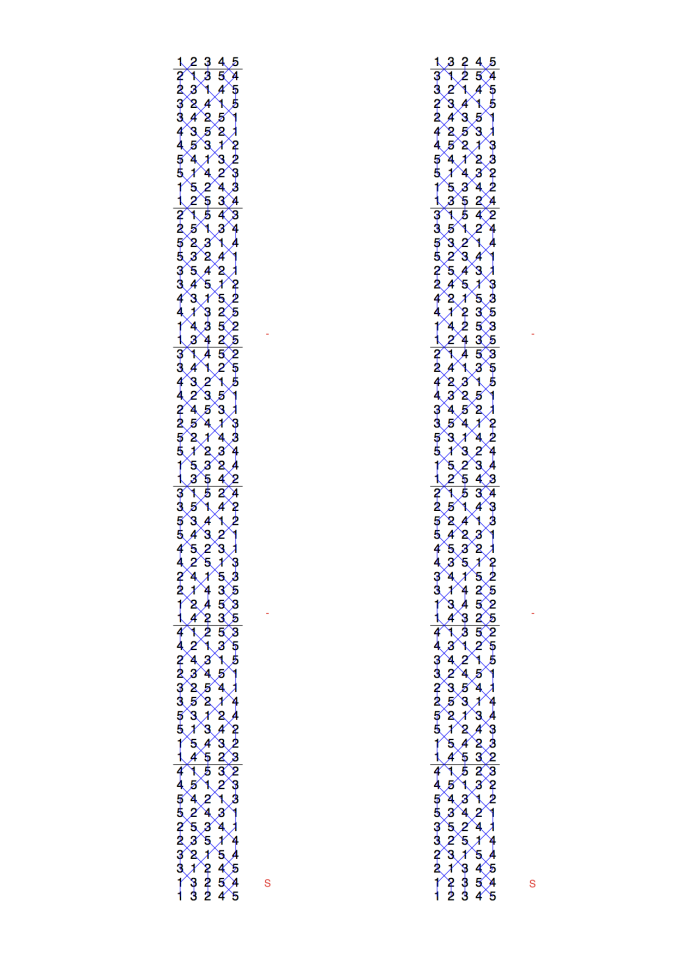